There were numerous insightful and inspirational ideas highlighted一many of which are already being put into action and can be scaled. Positive momentum is exciting, but we must also recognise that this momentum looks different for each of us.

One of the most important and controversial sessions at TED Countdown was one I was tasked with moderating. The panellists included climate justice activist Lauren MacDonald, a courageous young woman who passionately voiced how many in her generation feel about the current pace of action to counter the climate crisis. The panel also included Shell CEO, Ben van Beurden as well as ‘active investor’ Chris James, who founded Engine No 1, which led the process of changing Exxon Mobil’s Board of Directors to include climate-savvy members earlier this year. 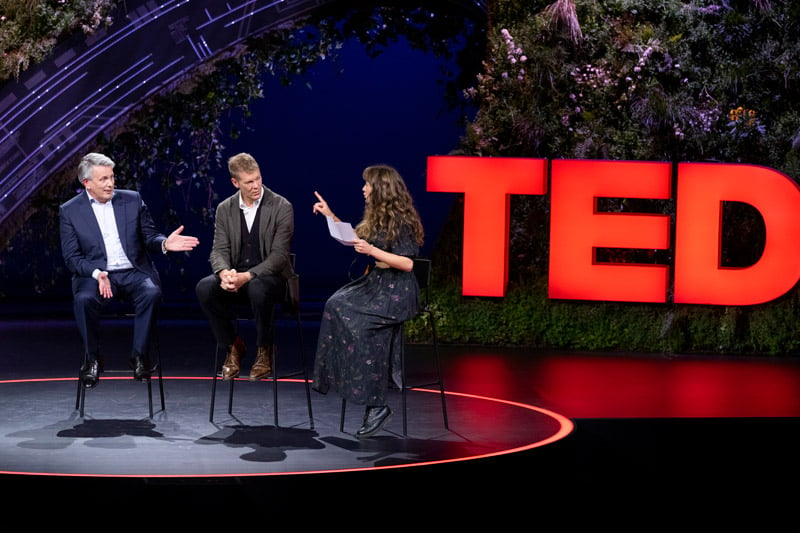 The atmosphere in the room was electric. Nobody was left unmoved when Lauren abruptly left the stage in visible pain. There could have been an audience stampede to judgement, in one direction or the other. But that divide does not move us forward. I invited everyone to breathe and take a moment to look deeply into their own pain about the losses we have already incurred and continue to inflict, acknowledging that personal vulnerability opens a space of shared sensitivity and possibility. The second step is then to acknowledge that we all deal differently with that pain.

There are many theories of change; many ways of engaging on the climate crisis. There is not only a space for those differences, there’s a need for them.

It will take all of us coming together, pushing and pulling each other, to accelerate the urgent solutions. Nature is the best teacher of the need for diversity. Look at an ecosystem: it has bushes and it has trees; it has animals that crawl, some that are underneath the soil, some that fly. A healthy ecosystem is defined by the plethora of living organisms. We need that healthy diversity in our collective human endeavour to address climate change. We are in a very turbulent moment, time is running out, and we need everyone to be engaged.

Personally, I actively embrace differences of engagement, and I admit to having no tolerance for indifference or apathy. That is where I draw the line.

What happened during the session at TED last week was a hugely teachable moment for everyone. Where do we connect? Shared pain. What do all of us who are engaged in addressing climate change have in common? The knowledge that we must accelerate our response.

For me, the pain and the responsibility go hand in hand. Together they give us the strength to move forward in pursuit of further transformation, the agency to do what we know we need to do.

You can watch the full unedited discussion on TED.com.
This article was adapted from an interview by Anne Quito, originally published on qz.com.